E-cigarette sales in the U.S.

Electronic cigarettes (or just e-cigarettes) can be described as handheld electronic devices that create an aerosol by heating a liquid. These smoking devices are battery-powered and often shaped like a traditional cigarette, stimulating the feeling of smoking. Using e-cigarettes is occasionally referred to as “vaping.” The liquid in e-cigarettes is usually called e-liquid and is made of nicotine, propylene glycol, flavorings and glycerine.

E-cigarettes are considered by many to be safer than ordinary tobacco cigarettes. Some people think that e-cigarettes can help smokers quit, although their long-term health effects are still unknown.

Let’s take a look at the U.S. sales percentages (by dollar amount) of different categories of e-cigarette products. According to information published at Statista.com, rechargeable refills contributed 55 percent of sales dollars to the U.S. e-cigarette industry in 2016. That year, the sales of disposable e-cigarettes and kits amounted to 23 percent and 17 percent respectively. 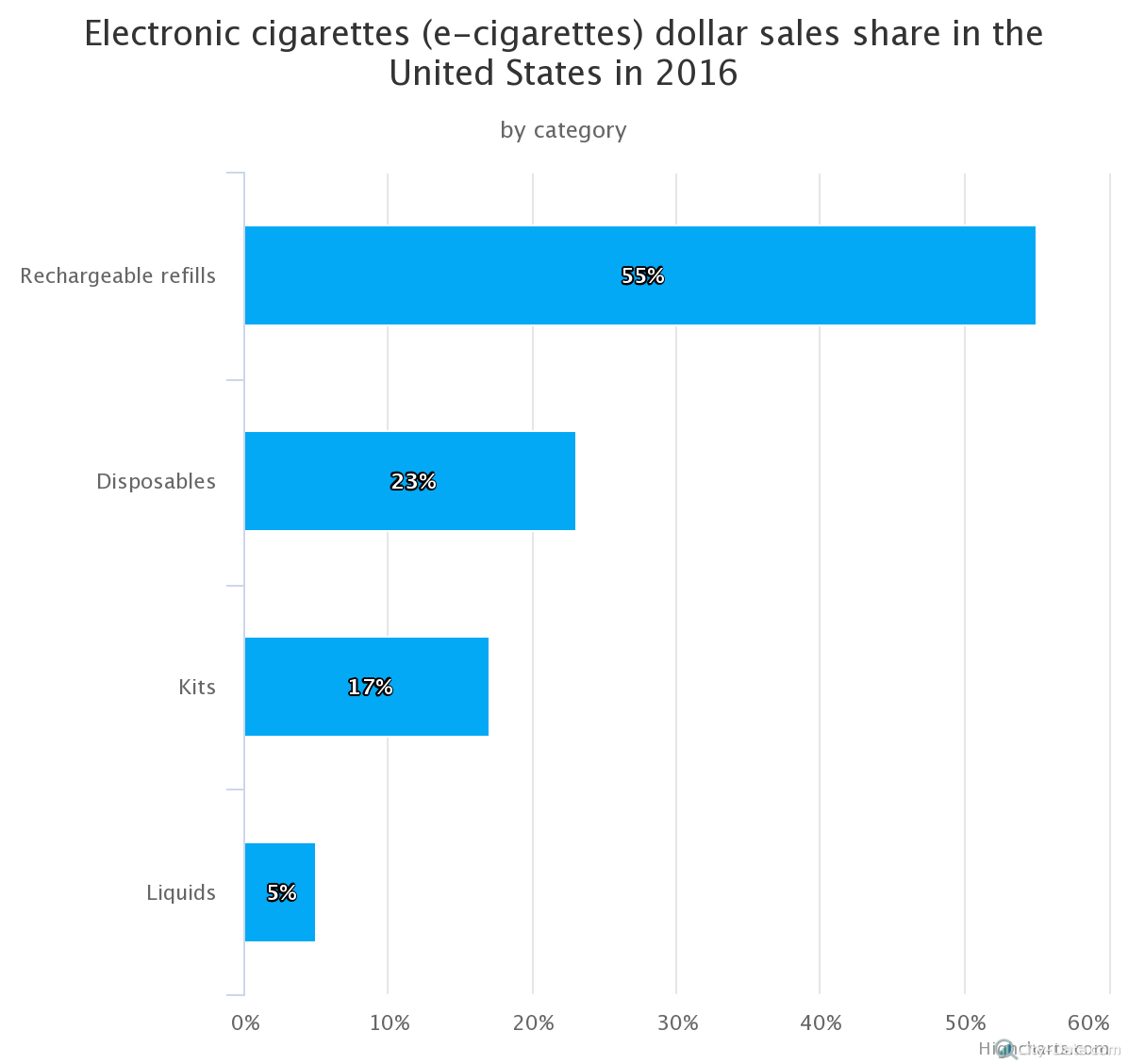 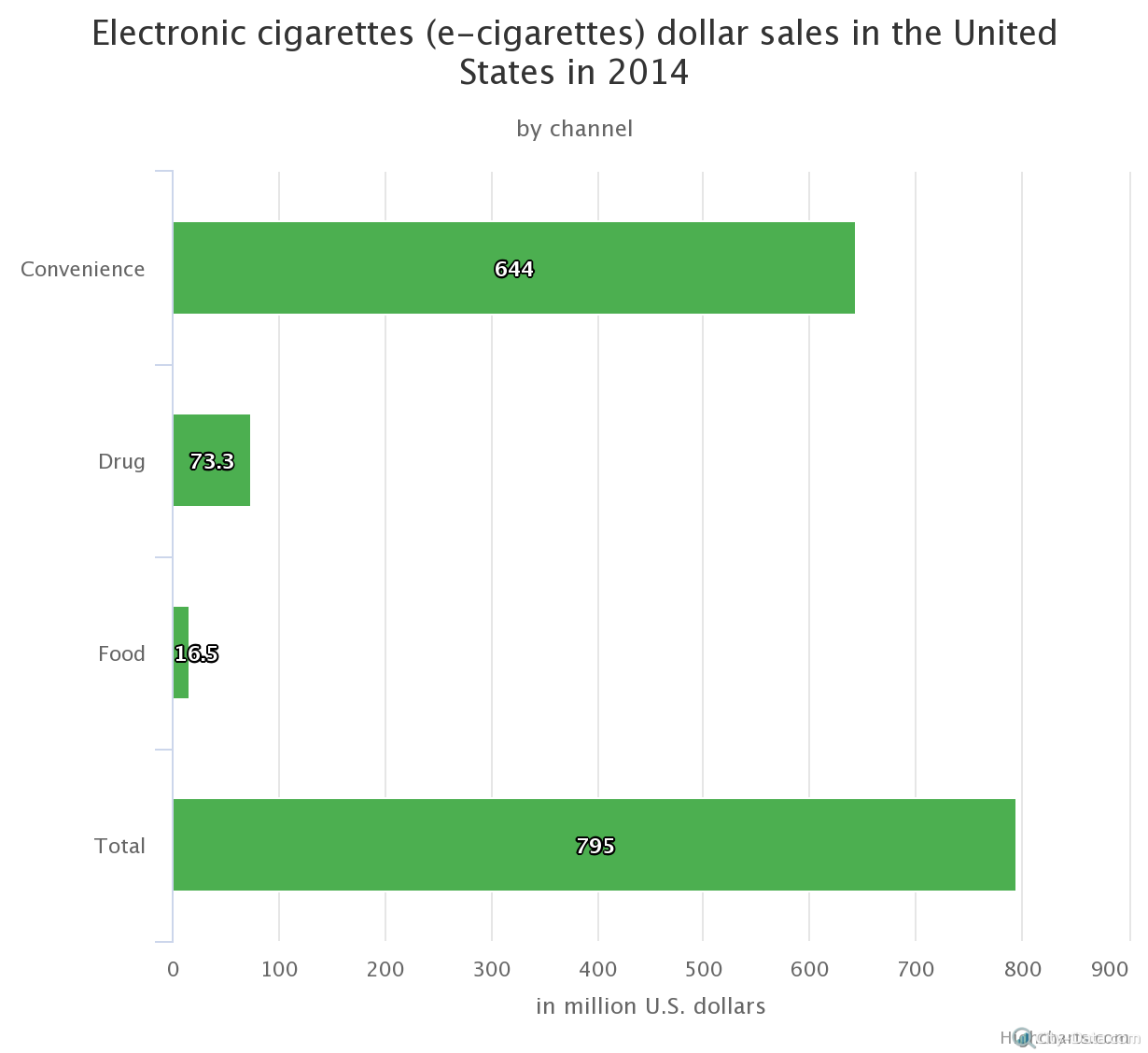 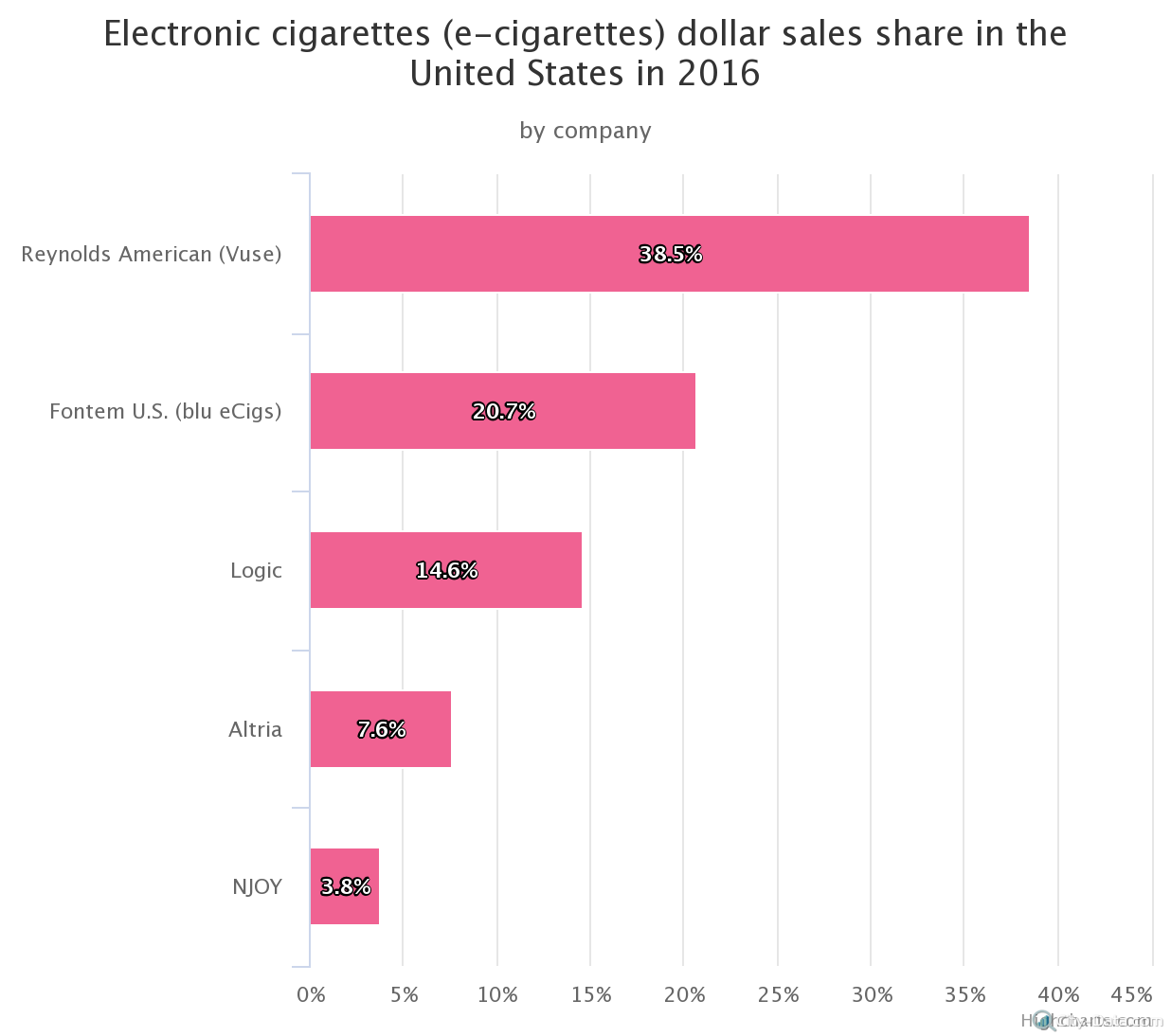 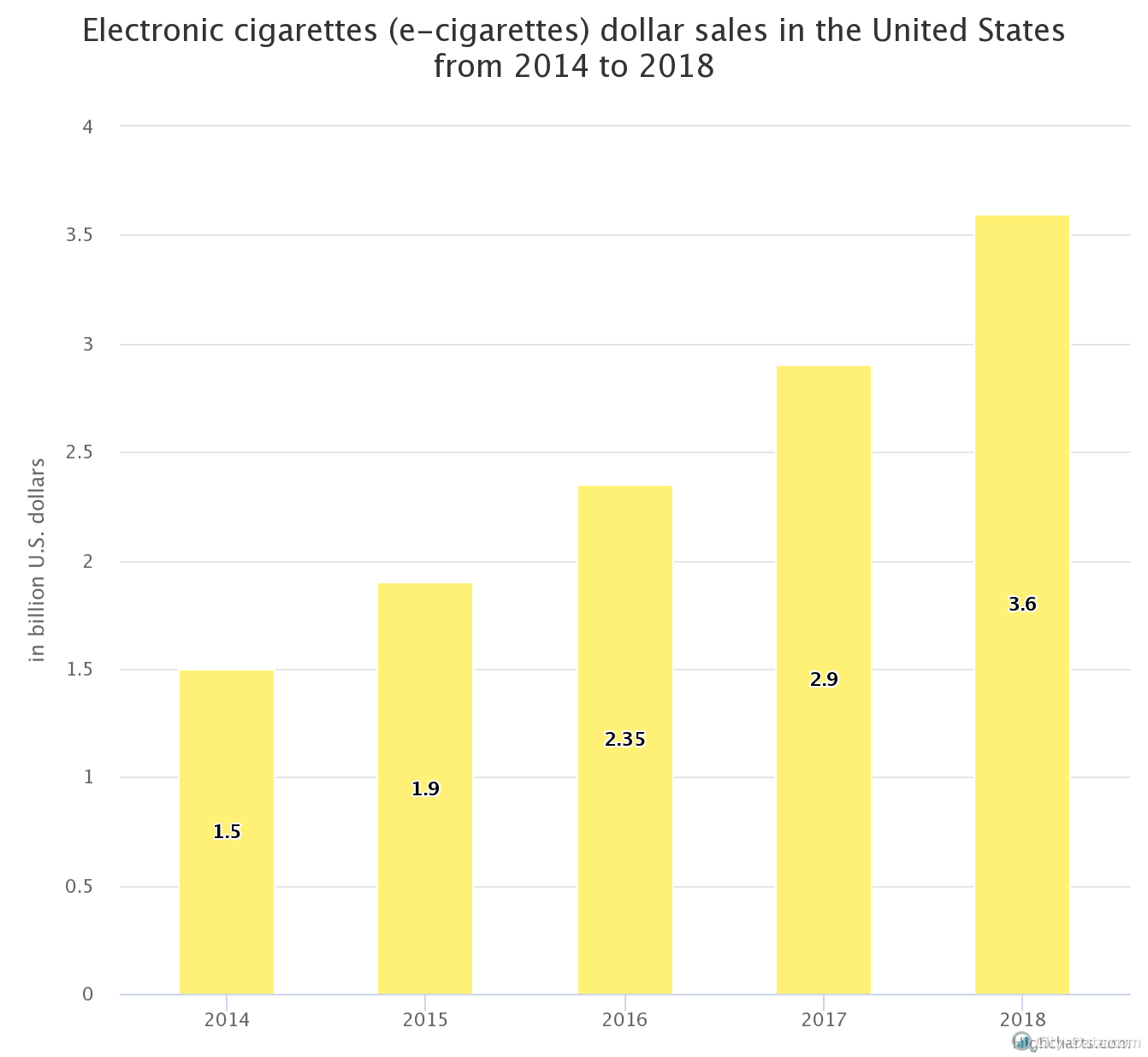 Pavel has worked for many years as a researcher and developer on a wide range of applications (varying from mechanics and manufacturing to social data, finance and advertising), building predictive systems and trying to find stories that data can tell.

In his free time, he enjoys being with his family.

Other posts by Pavel Prikhodko: