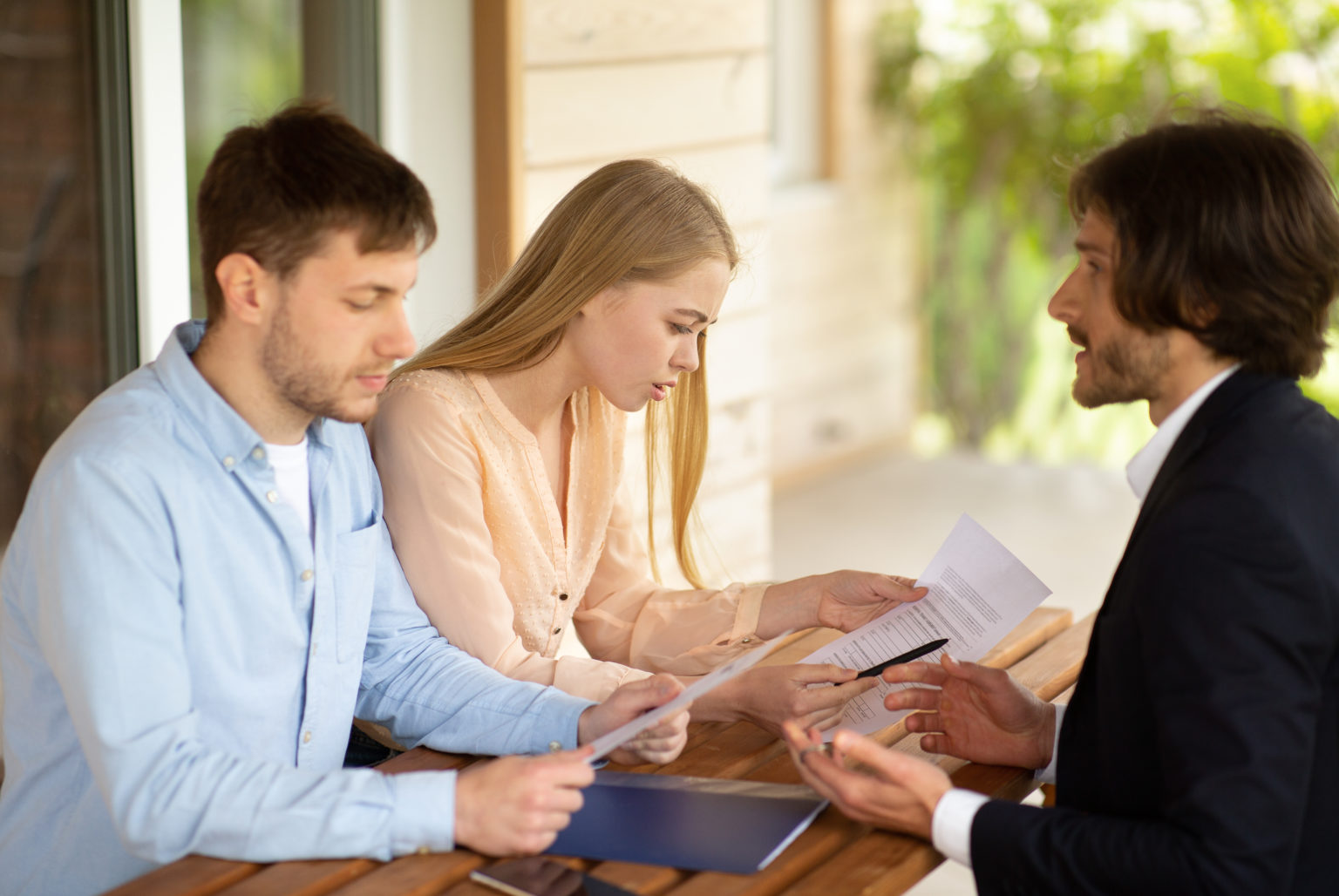 Applications for mortgages to purchase homes plummeted 6.5% last week bringing us to 21% below the rates during the same period in 2021. We haven’t seen demand as low as it is now since 2000. That’s a 22-year low! What does this mean for you? Fair warning: at least 95% of this blog is going to sound like bad news for home affordability. But we promise, if you hold on until the end, there’s hope. First, we’re going to need to swallow a pill that’s going to taste very bitter before it gets sweet. Maybe you’ve already read about it. Or maybe you’ve simply read the writing on the wall. We told you this was going to start out grim. But it’s always darkest before the dawn and we’ve already got a glimmer of light for you. But you better sit down because we still need to go a bit darker first.

It’s no secret that the housing market is taking a beating. If you’re to believe the reports, inventory is rapidly drying up. Perhaps people are too frightened to let go of their homes due to low demand and poor home affordability. Or maybe the sellers who will also need to buy homes afterwards can’t afford the rates as they currently stand. Either way, as people continue to cling desperately to their homes, it feels as though demand continues to domino downward into the void.

Pending sales have been on this steep descent for six months in a row but we didn’t know this for certain until last month. And new home sales? Those have dropped like an anchor a full 17% since March. Is this the worst we’ve ever seen? No. Is it bad? It could be, depending on your response. More on that in a bit, but first, let’s examine why this is happening.

Of course, there are a few hidden factors not discussed in these reports that we’ll get to in a bit.For example, what about the rise of all cash buyers and iBuyers completely skirting the mortgage process? There’s just not enough data out there to show how this factors into a lowering demand for mortgages.

In Contrast with Early Pandemic Days

Buying a home has always been expensive. But at the beginning of the pandemic, mortgage rates took a significant dive. These low rates combined with unusually high savings rates, federal stimulus efforts, low interest rates, and dwindling supply to create the perfect storm. Homes were being snatched up the second they hit the market. Many were selling way over their asking price. It was a high time for real estate agents. These homes were selling themselves!

But we knew this high was unsustainable. Flash forward to 2022, a time racked by runaway inflation. A panicked Federal Reserve intervenes, attempting to staunch inflation with an interest rate surge. And higher interest rates have plunged home affordability into the abyss.

So where are we now? Well, frankly out, home rates are high. And they’re not just sitting there. They’re getting higher. This particularly hurts first-time home buyers daunted by the current home affordability and with no prior investment to keep them elevated above the rising tide. But even those who own property are scared into paralysis. And that’s understandable. You only need to look at the statistics.

Right now, the average contract for 30-year mortgages with fixed rates and conforming loan balances is at a 5.40% interest rate up from 5.33%. Even with a 20% downpayment, points are at 0.60 up from 0.51, accounting for the origination fee. Those figures are sobering to anyone on the fence about selling their home.

People are even frightened of refinancing with the current rates. How frightened? They’re opting for second mortgages instead! To be fair, demand for refinancing is particularly susceptible to weekly rate changes. But with the refinancing demand falling another 6% last week, we’re now a staggering 75% lower than the same period in 2021.

Trying to Predict the Future of Home Affordability

Bank of America’s economists have pointed out that we haven’t seen home affordability rates this low since those leading us into the unforgettable Great Recession housing crisis. And what’s more, they claim that prices will likely go up another 15% this year. But prediction isn’t a guarantee. The truth is that no one knows for sure what’s going to happen. Things could get worse. They could get better. But all we know for sure is what’s happening now. And that brings us to that silver lining we promised.

Another Way to Look at the Data

When we asked JohnHart CEO Harout Keuroghlian about the numbers, he offered his own distinct take on the statistics. “First of all, it’s not fair to use weekly comparisons,” he explains. “They just don’t give us a clear enough picture. Secondly, the dip we’re seeing isn’t necessarily an accurate prediction of where we’re headed. I’d be more willing to bet we’re in a short-term pause. That’s because people who have spent months in a buyer’s market are experiencing sticker shock. But what about the summer buyers completely new to the market? They don’t recognize that rates were lower a few months ago. To them, this is the new norm. And they’re still ready to buy from what we’ve seen.”

The Lights Are On at JohnHart

You can count on JohnHart’s agents to be here with the lights on through the long night. We’re one of those rare brokerages that see an interest rate surge and resist hitting the panic button. This is partially because we know what it’s like to predict the unpredictable. We also have unique resources, strategies, and an adaptable structure built to withstand these kinds of market shifts. We don’t blame anyone who’s scared by the recent news. But if you’d rather get excited by the possibilities, we’re here to keep you in good company. Give Hector Torres-Broker Associate a call today!